Co-Founder of the International Ngak-Mang Institutes (NMI), established to preserve and maintain the Rebkong Ngakpa culture within modern Tibetan society.﻿

Dr Chenagtsang has trained students from all over the world in Traditional Tibetan Medicine, Ku Nye Massage, Mantra Healing, Diet and Behaviour, Dream Analysis, Sa Che (geomancy), as well as Birth and Death according to Tibetan Medicine.

Fluent in English, he is an experienced and knowledgeable communicator with a sophisticated ability to teach the subtleties of these traditional modalities to Westerners.﻿

He has extensively researched ancient Tibetan medicinal treatments, specialising in the revival of external therapies, which has brought him high acclaim in the field of Tibetan Medicine in both the East and West.

Through his personal efforts to teach as many as possible,he has enlisted the help of local organisers over 20 countries, and created a strong community of like-minded practitioners from different cultures and backgrounds.

WE OFFER AN ONLINE COURSE

Let us know and we'll arrange a make up course once we have at least 6 students.Please contact us 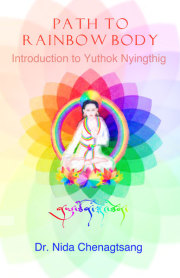 with foreword by Robert Thurman

You can reach us by